In 2014 the black Tiagra ‘Croix de Fer’ model was by some distance the most popular bike in the entire Genesis range. As a result this year we’ve given the Croix it’s own sub-category with bikes starting from $849 and going through to $2499 all bearing the Croix de Fer name. We’ll cover the rest of that line later but for now let’s take a look at the bike that replaces last year’s Croix de Fer – the 2015 Croix de Fer 20.

2015 sees the return of the popular, original, much requested white/black monotone paintjob and is $1199.99 up from $1149.99 as a result of some significant improvement in spec. 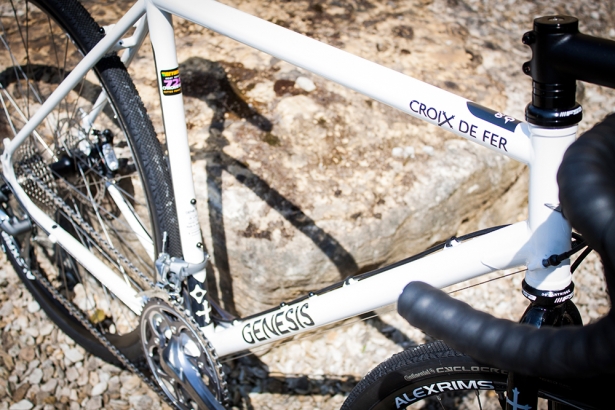 We’ve used a taller axle-to-crown fork for much improved tyre/mudguard clearance so fitting guards without pain is now much easier (it raises handlebar height a touch also). We’ve used a taller HeadTube (+15/20mm depending on frame size) for a more accessible/less agro riding position, +5mm BB drop added (65-70mm) for better stability and balance and more proportional reach/stack measurements across the size run. 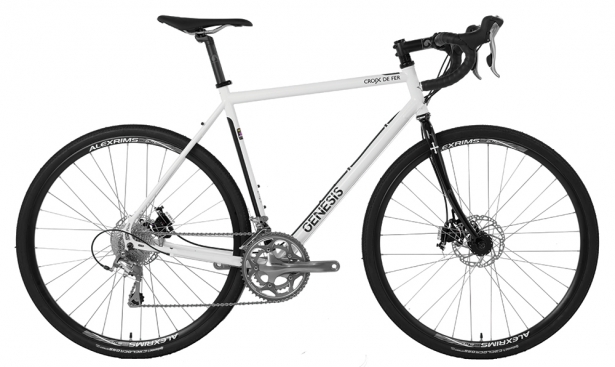 We’ve used forward facing fork dropouts to eliminate disc brake wheel ejection and cleaned up the cable routing – the headtube cable stops help prevent cable rub and rear brake is now routed along the top of the downtube instead of competing with everything on top.